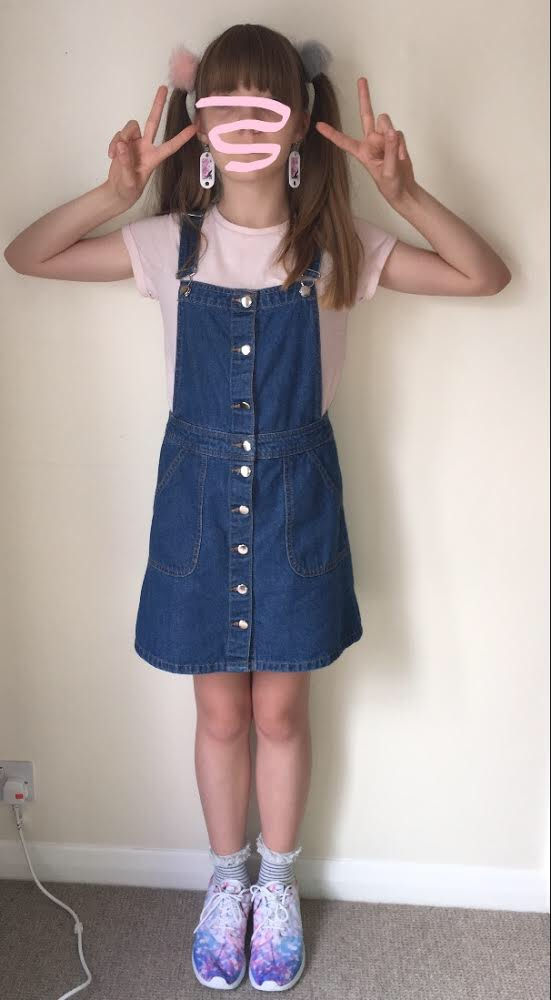 Dress: h and m
Cardigan: next
Purple all stars: converse

As K-pop has (finally) risen to fame (including the huge boy band BTS), we decided to include a K-Pop inspired fashion article. 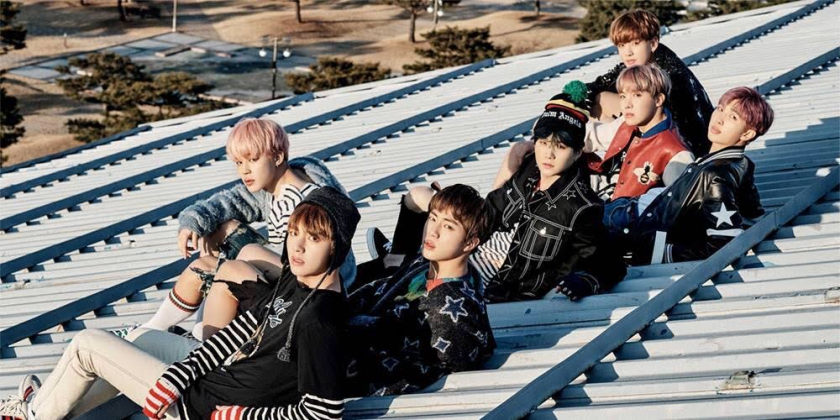 However, as well as bright colours, they also tend to dress as Boy Scouts (given the their English name being Bullet Proof Boy Scouts) and in tradiatinal school uniforms.

BTS tend to wear knee socks with shorts and sailor tops. Or maybe a more casual outfit (like those in BLOOD, SWEAT AND TEARS JAPANESE VER.) which includes black skinny jeans, black converse and a very very very oversized striped T-shirt or sweater.

They also dress very formally in their newer music videos (such as BLOOD,SWEAT AND TEARS (Korean original ver.). These can include jackets with a star pattern, military jackets (like those from My Chemical Romance’s-The Black Parade) and silk PJ tops. 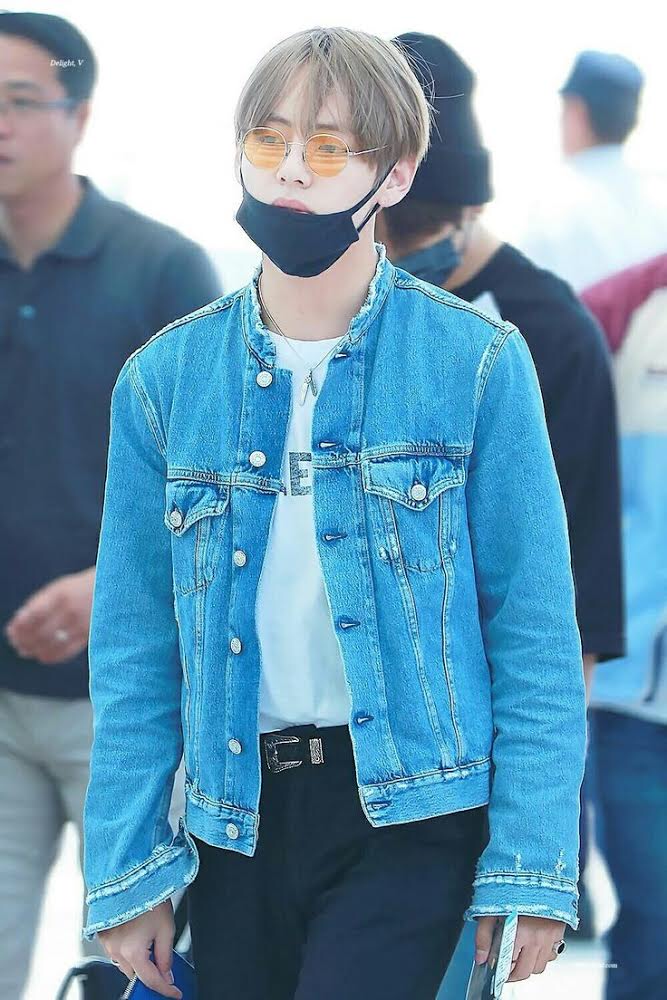 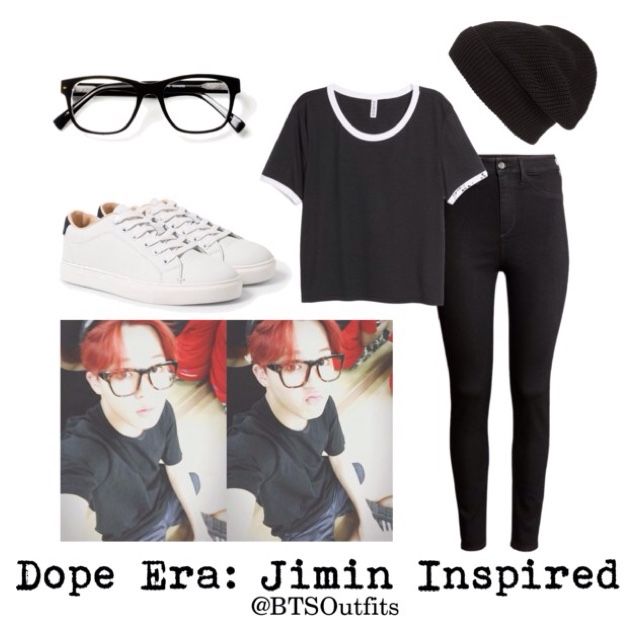 Red Velvet also have a singiture style which is similar to Melanie Martinez’s aesthetic of 60s children’s clothing. 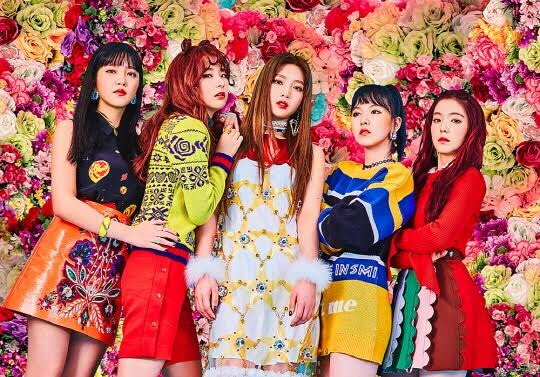 Red Velvet also tend to wear bright colours with oversized sweaters (which are often worn as dresses) along with night dresses in different pastel shades. 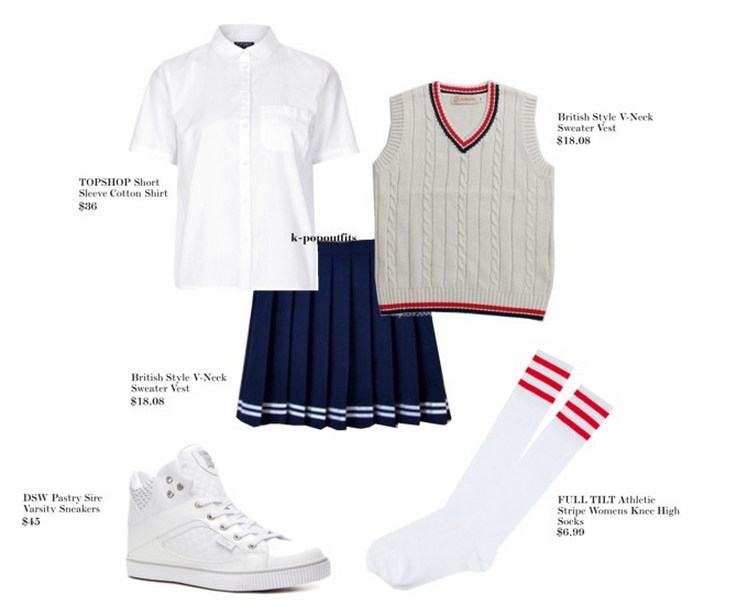 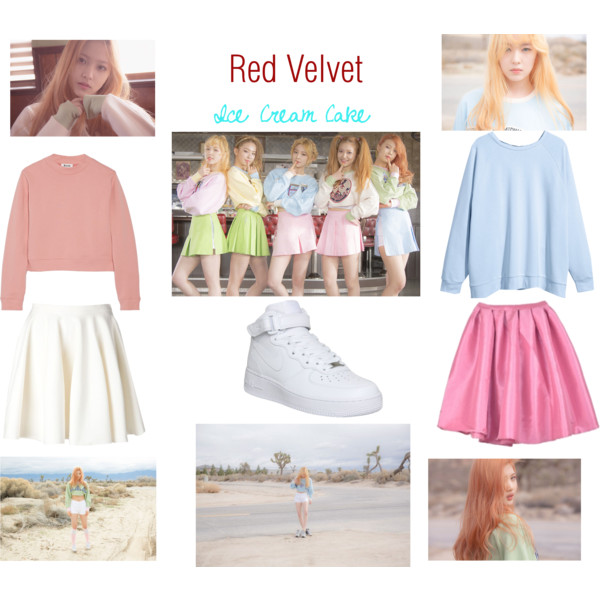 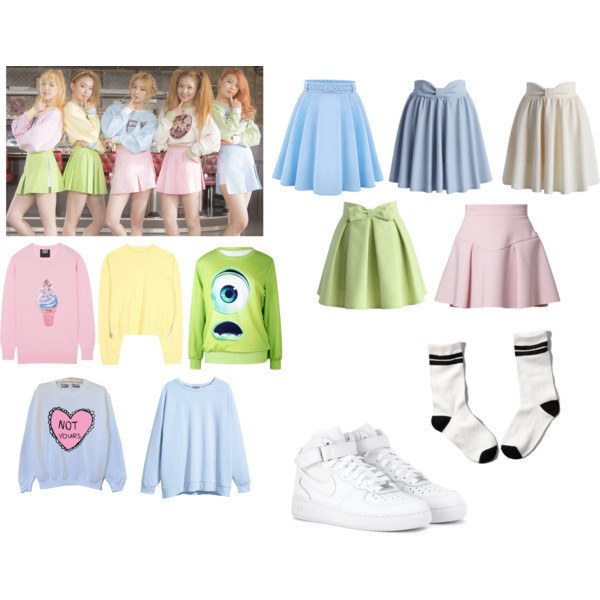 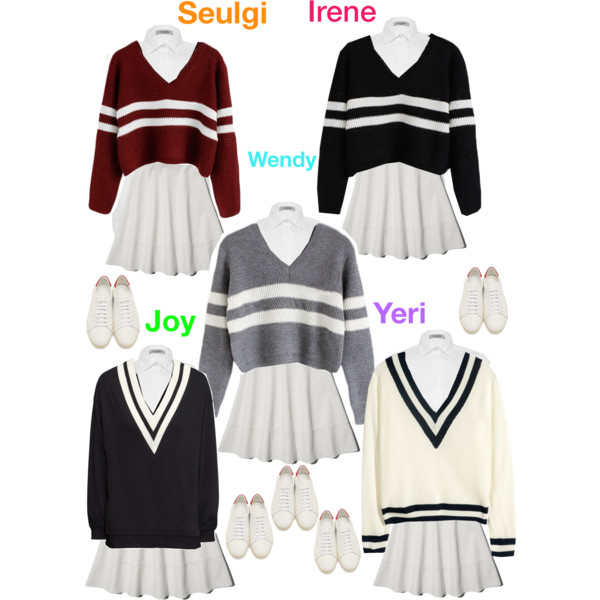 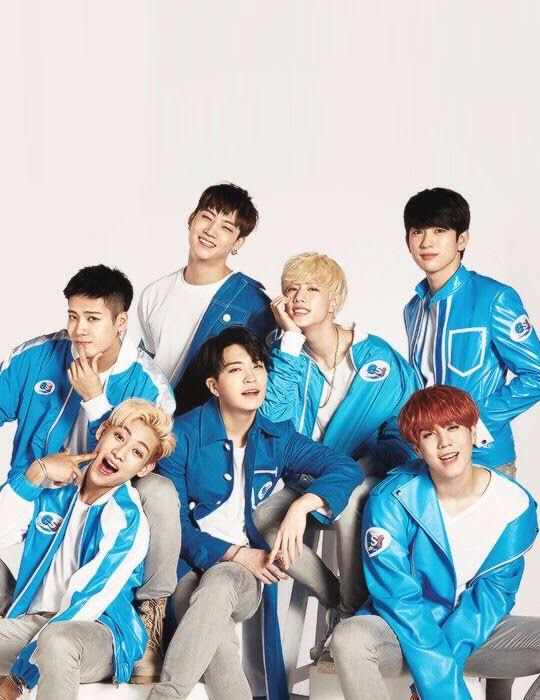 GOT7 have a very similar style to BTS and tend to wear brands such as Supreme and Thrasher.

They also wear brightly coloured T-shirts -and like most k-pop groups-have matching outfits in different colours.
Skinny jeans and ringer shirts are also worn a lot. 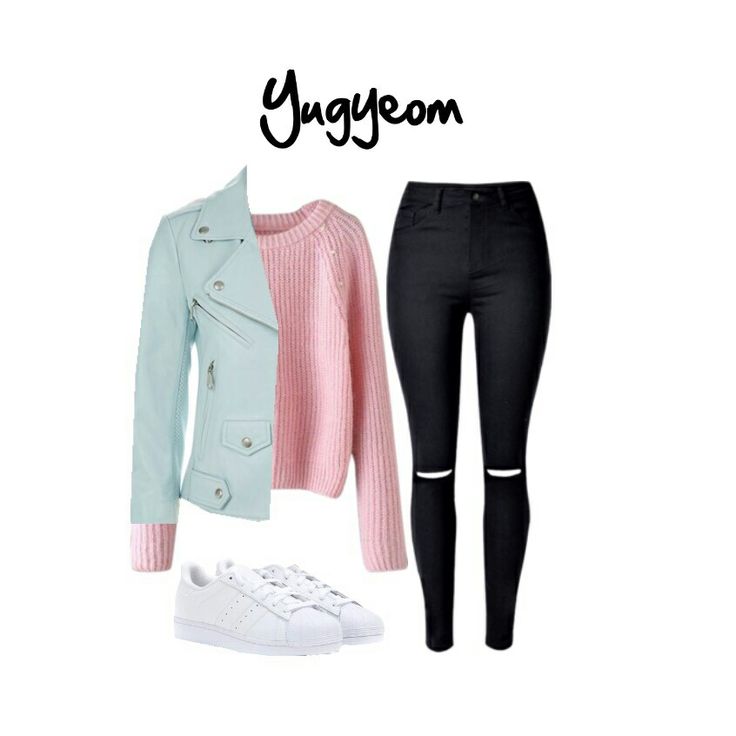 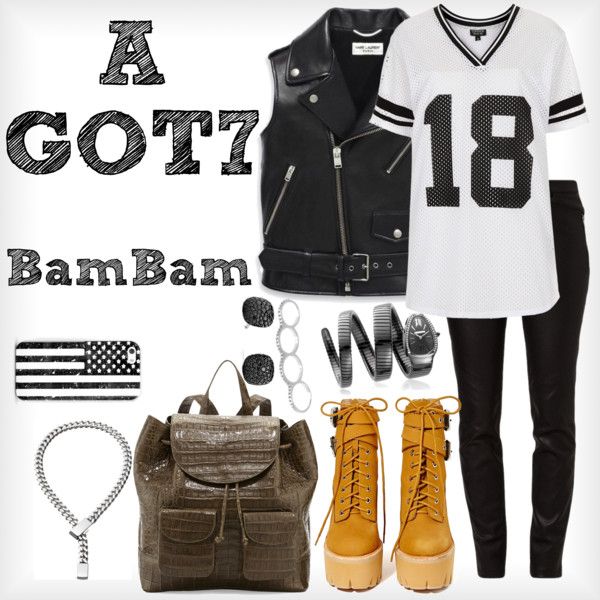 In discussion Fandom Of The Month: Ru Paul’s Drag Race

Ru Paul’s Drag Race is a show presented by worldwide drag queen Ru Paul. The show is a drama reality show where queens compete against each other with their fashion, drag, acting, singing, dancing, e.t.c, skill. The show has some of the worst and the best drag queens in the US.

Carmen-Yeah! I love the way Season 8 showed how different cultures look down on drag and the LGBT+ community. It’s really interesting when you hear how parents are sweet to their children until they come out-then they ignore them. I feel like we, as the younger generation, need to be made aware of gay rights.

Mitsuki-I know! Some of the stories they tell about how people look down on drag are disgusting! I love how drag race lets the new generation (such as us) get to know that being a drag queen, gay, e.t.c, is something to be proud of! And now there are so many more supporters!
Carmen-I agree! I think it’s very important for our generation because we are the future! We can change the world! But, important question, what’s your favourite season? I really love Season 8! The queens had such interesting stories.

Mitsuki-Me too! Especially as LGBT is becoming more publicly acceptable as it should be! And I think drag race has made it socially acceptable and young people are getting to recognise and feel more confident in themselves.

Carmen-Exactly! I really loved the duo of Noami Smalls and Kimchi! They were so powerful! And boys are often raised to be ‘manly’. This can lead to pressure being placed upon them and close friendships are often looked down upon as they don’t want to be seen as ‘gay’. I feel like boys should be raised differently so they feel more confident in themselves. At schools, you often hear homophobic comments mostly coming from the boys. It’s really unfortunate. I feel if boys were raised and had different idols, they might feel more accepted. I think it could really benefit themselves! But, I’m not a guy so I haven’t got any first hand experience. *laughs*

Mitsuki-Exactly! I think it’s horrible how, at school, boys (and girls!) use gay as a negative phrase and if you’re called gay, it’s seen as a bad thing. Children need to be taught that it’s not a bad thing! And you should never be ashamed or your gender or sexuality!

Carmen-Yeah, I totally agree. I feel like Ru Paul’s Drag Racepromotes this and has such a positive vibe! It shows the ups and downs of being yourself but how the outcome is positive. It has a lot of lessons as well as humour. I love the way the show can be sensitive but has a positive vibe!

Mitsuki-Me too! I think the show is really inspiring!

Violet Harmon has to be one of my favourite dressers in AHS. Her style is unique yet you can tell its hers. She combines clunky boots with floral dresses. Violet also owns a few signature items-her large hat, yellow cardigan, e.t.c.

So, welcome to July’s style guide! How to dress like Violet Harmon!
Violet has four items which appear in almost every outfit:
Floral Dress

Her first signature outfit include a large round hat which she is almost known for wearing. A brightly coloured cardigan and casual light floral dress are also seen in this outfit. She often wears Greyconverse and a large shoulder bag.

You can purchase lots of these items at almost any store. I would recommend H&M and Topshop. I would suggest not spending too much money if it’s only for cosplay purposes-as you may only wear it once. A store like Primark will almost definitely have what you’re looking for.

Maybe you can cosplay as her at an event, dress up as her for fun or just adopt her style.

I hope this guide helped!

The 80’s was a decade of bold style, bright colours and interesting silhouettes including ripped tights, leather oversized blazers and leg warmers. Although, when you think of the 80’s you think of all these, there are many more aspects to the 80’s which i will be explaining here.

There is a crazy mix match of every fashion trend that you could think and the 80’s was the decade to experiment with many different styles for many different genders. From huge shoulder pads to random pieces of material strips dangling form your hair there was no set look for anyone. There was a different look for everyone in the powerful, trend setting era that many people still enjoy today. 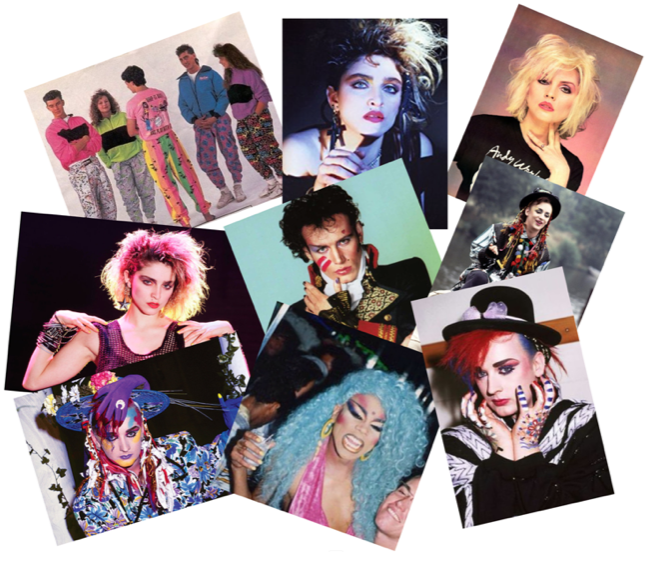 The pop culture in the 80’s included bright colours, block shapes and mix-matching outfits. A lot of people in the 80’s took inspiration from stylish pop stars such as Cyndi Lauper, Madonna and Debbie Harry!

Here are some 80’s Pop Culture must haves:

Off the shoulder t-shirts 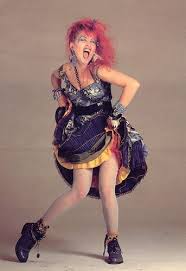 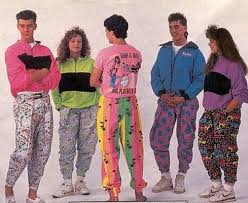 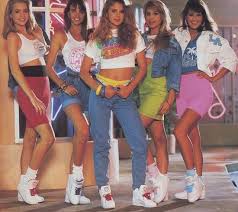 The concept of gender bending – adopting some dress codes of the opposite sex, as opposed to straightforward cross-dressing (drag queens) – was far from new.

Marlene Dietrich had done it in the 40’s when she appeared in a man’s evening suit and top hat. David Bowie also went through a very heavy ‘frock and make-up’ stage in the early Seventies.

Unlike the uncommon appearances of gender bending from Dietrich and Bowie, it seemed like it was a lot more common in the 80’s and thats why people gave it a name. . Boy George was one of the first and most famous gender benders, when he wore dread locked hair, lipstick and women clothes when he was in the Culture Club.

Some of the most famous Gender Benders were… 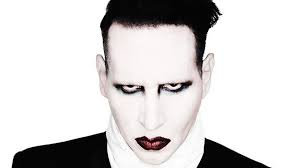 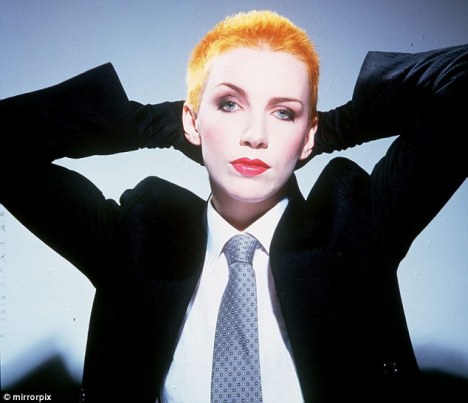 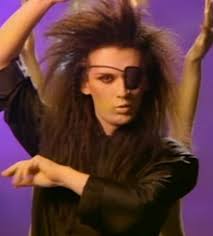 There was also a Rock fashion in the 80’s which was mostly inspired by bands such as The Cure (Robert Smith) , Van Halen and The Rolling Stones.

ELECTRO TASTE-on developing your own taste

There are more than a few questions often asked by teenagers, like myself, one of these includes “do I like what I actually like?” I’ve always had super unique and weird taste-like my interest in alien research and learning different languages. And how did I discover I liked these things?

Being unique and ‘weird’ are what are the key links to making friends and enjoying yourself in your spare time. Since this month’s theme is ELECTRO, I thought I’d write this article. Different is a word which links with electro, I think. So, this article is here to help you develop the tastes you need (the tastes you want) and how to identify them.

EXPERIMENT:
How are you to truly know what you like if you don’t try different things? A thing I like doing is listening to different genre playlists on Spotify. A tip for this is to write down all the genres you’re enjoying, the songs and musicians too. When you look a musician up on the internet it has a section which says Other related people. This could also help you learn about the genre! As well as what music you like.

Do you have Netflix? If you do, man, you are blessed when it comes to this.

Netflix has divided its  content into genres. Experimenting is all about trial and error. If you have a lot of spare time, try a new movie from a new genre that appeals to you! This can lead to Netflix offering you a wide range of movies/TV shows similar to the one you just watched!

FRIENDSHIPS:
If you’re like me, you’ll find most of your obsessions through friends and family. (Or they’ll find them through you!) Talking to people really helps. Got that one friend that goes “Have you seen Freaks and Geeks? It’s amazing!” Well, you just have to trust them and watch the amazing show that has been recommended.

Maybe when you spend time out with your friends, let them take you to new shops that you’ve never been in before. This can be a whole range of new ideas and interests. Maybe you’ve never really been into comic books before, until you went into a comic book store and brought your first comic!

MEDIA:
Part of a social media? Great. Apps like Tumblr are perfect for developing taste. Or maybe following trends is great too. There is often a popular TV show going around (13 Reasons Why) that was made popular via the internet. Or some bands/musicians that are very socially active (BTS) which is easier to communicate with as well as discover.

Internet trends are perfect for developing new tastes! Social medias also help, along with apps like iTunes and Amino. They both have a lot of content which fans can enjoy! (Charts, communities, TV shows, e.t.c)

Anyway, basically I’m saying that communication and the internet are perfect for discovering new stuff. Don’t even think about the chance that you won’t like something! That’s the important stuff! Maybe you’ll find a new passion along the way!